Our paint was recently involved in a two-month long study determining the effectiveness of our products against bacteria and viruses. Our products were found to have over 99.5% efficacy eliminating bacteria from surfaces and over 72% efficacy eliminating viruses from surfaces. This was accomplished in just eight hours. All bacteria and viruses tested are among some of the toughest to break down and eliminate.

Below you will find a more detailed outcome of this study. Our manufacturer wanted to test our products against some of the most difficult to eliminate bacteria and viruses so we could test the true power of activa’s photocatalytic properties. By proving our products’ efficacy, we hope that more people will learn about the amazing health benefits of using activa in their homes, offices, daycares, schools, assisted living homes, and more. These tests were done with concentrated efforts (thousands of times more bacteria and viruses than would ever naturally make it to a wall’s surface) so we could test the efficiency of our products.

We performed two separate tests; one to test activa’s efficacy with bacteria and one to test for viruses. The tests were carried out according to the international standard ISO 27447, by a laboratory with international accreditation (Instituto Valenciano de Microbiologia). Standard light conditions were present, equivalent to that of an interior wall, approximately 1.5 meters (5 feet) from a window.

Persistence of the Effect

When activa was being tested, it was applied two months before the full test was carried out. This gives us an idea of the persistence of the antibacterial properties of all the activa products, which can last more than a year with one application.

Speed of the Effect

The test samples were inoculated with large amounts of viruses and bacteria. Thousands of times greater than the amount that could reach a wall by contact with humans or by sneezing. This was done to test the speed and accuracy of activa’s photocatalytic properties. Even with thousands of times more bacteria, the treated surfaces were able to remove more than 99.5% of the bacteria and more than 72% of the viruses within eight hours.

Effectiveness of the Antibacterial Properties

The bacteria chosen are those that, according to the norm, are among the most difficult to eliminate: Staphylococcus Aureus and Escherichia Coli. In eight hours, over 99.5% of the bacteria tested were destroyed.

The study chose to perform the antiviral test on one of the most resistant viruses, called Adenovirus type 5. Although adenoviruses are very dangerous to humans, type 5 does not infect humans and this facilitates their safe use within laboratories. The elimination of most viruses is achieved by destroying an outer layer of proteins that many viruses possess. However, adenoviruses are especially resistant because they do not have this outer layer and live without it. The elimination of over 72% of the adenovirus was found after 8 hours.

activa’s products are fully effective even after two months of application and their durability was estimated to be at least six months with a longer estimate being foreseeable. Under normal light conditions, activa had over 99.5% disinfection rate for bacteria and over 72% percent for viruses; both bacteria and one virus are considered three of the most difficult to destroy. activa can help keep surfaces virtually free of bacteria and viruses. 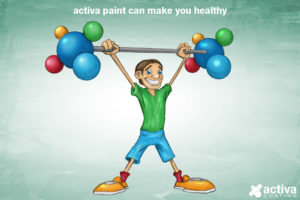 House Paint Can Make You Healthy

Our paint offers so many wonderful benefits to provide you[...] 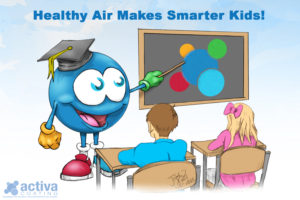 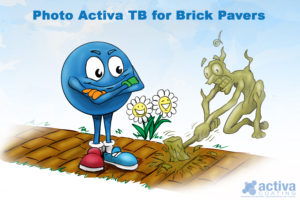 Photo Activa TB is a self-cleaning clear coating that should[...]