Drinking water pollution is a topic that needs to be discussed. Pollution is not a new topic. We know it’s there; we know it disrupts human health and leads to a long list of illnesses. We know it affects the air we breathe and therefore affects our bodies and lungs. Here at activa, we want to put only the best and purest air into our bodies (and into your bodies too!). That’s why our product line, through the process of photocatalysis, removes pollution, microbes, and odors from the air you breathe. But this month we were thinking, “What other areas of our life does pollution affect? How does that affect us or the world we live in?”

That’s when we started researching the effects that air and ground pollution have on fresh and saltwater supplies. The research was shocking, humbling, and at some points a little scary! Like, take this tidbit of knowledge: Only 1 percent of the water on earth is safe for life consumption (fresh water). Just this one fact alone makes us want to do our part to contribute to better and safer drinking water for all. Drinking water pollution isn’t something that only affects third-world countries; it affects first-world countries almost constantly and is still rampant right here in the United States.

Both nutrients are found in animal manure and chemical fertilizers. They enter our drinking water supply when it rains. Additionally, the agricultural industry consumes 70 percent of the earth’s fresh water supplies. That’s 70 percent of the measly 1 percent mentioned earlier. In the United States, agriculture is the leading cause of water degradation in rivers and streams, second-leading cause in wetlands, and third in lakes.

Both nutrients are found in air pollution, so when it rains the rain carries these nutrients with it into local waterways. Additionally, the rain “cleans” our cities, buildings, sidewalks, and roads; the rain then carries the pollution that has piled up there into our local waterways, much of it consisting of nitrogen and phosphorus.

There are two main types of water pollution: groundwater and surface water. Pollution in groundwater and surface water are the main causes of drinking water pollution. Groundwater is defined by rain. Whenever it rains, the rain seeps deep into the earth (picking up and carrying pollutants on its journey), filling the spaces in the aquifer. Groundwater is one of the least visible, yet most important, natural resources. Roughly 40 percent of Americans rely on groundwater, pumped to the Earth’s surface, for drinking water.

Unfortunately, ridding our grounds and cities of pollutants is next to impossible. Once polluted, an aquifer can stay polluted for decades or more. This is a great place for activa’s products to shine! Our product, activaTB, is a clear coat designed for city buildings and the outdoors. It protects buildings from erosion while simultaneously cleaning the air of pollution. This is a wonderful solution to groundwater pollution issues as it starts treating pollution at the source.

Surface water is defined as the water that fills our oceans, lakes, and rivers. It accounts for roughly 70 percent of the Earth. Surface water from fresh water sources accounts for the remaining 60 percent of water that American homes use. The EPA states that nearly half our rivers and streams, and nearly a third of our lakes, are polluted to the point of not being safe for swimming, fishing, or drinking. Nutrient pollution is the leading cause of these surface water pollutants.

Low income communities are also at a higher risk for drinking water pollution because they are often closest to the most polluting industries (factory farming and other agriculture). Water can carry pathogens that cause cholera, giardia, and typhoid, to name a few. Additionally, polluted water doesn’t only cause us issues internally. Even swimming in polluted waters can pose a risk to human health. Every year, 3.4 million Americans contract skin rashes, pinkeye, respiratory infections, and hepatitis from sewage-laden waters.

Drinking water pollution shouldn’t be another item on our list of things to worry about, but it is. Luckily, we can do our part to contribute to a healthier environment for all! First, consider using activa TB on any concrete, stone, glass, or coated surfaces outside to help reduce pollution picked up by rain. Have a good water filter in your home and don’t drink the tap water unless you are certain it is either safe or filtered. Getting to a world where our drinking water is safe and pollution has been reduced in both the air and water is going to be a challenge, but one we are up to and we hope you are too! 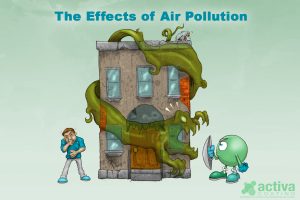 The Effects of Air Pollution

Although many companies have recently committed to becoming carbon neutral[...] 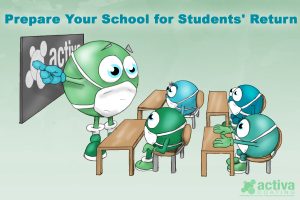 Prepare Your School for Students’ Return

Parents are eager to get their kids back to school,[...] 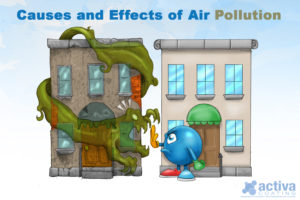 Causes and Effects of Air Pollution

Air pollution can be defined as anything that alters the[...]