What germs and pollutants are in air?

Remember in science class when your teacher explained the different layers in our atmosphere and which gases are present (like oxygen)? Well, I’m sure they didn’t discuss all the other things flying around in our air today. Germs and other man-made pollutants are abundant in our air, and they can easily damage our health. Yet, nobody talks about this!

Activa’s revolutionary smart-technology paint can help make the air purer and cleaner. The problem is, most people don’t know what or why they are cleaning it. In this month’s blog, we want to discuss the undiscussed: what germs and pollutants are really in our air?

Bacteria and viruses abound! These living organisms can cause common illnesses, like colds, or they can exacerbate serious health conditions, like asthma. But that’s just the tip of the iceberg. There’s so much we don’t know about bacteria and viruses, and many more that we haven’t even discovered. They easily travel through the air from talking, sneezing, or coughing.

In our last blog, we wrote that a single uncovered cough or sneeze can create a spray of 40,000 droplets (all containing viruses and bacteria) that travel up to 200 mph and to a distance of 26 feet. Most stay suspended for up to 10 minutes. That’s not factoring in how many people are in the room or the quality of air circulation. Viruses and bacteria can survive traveling through a ventilation system if the conditions are right.

In addition, some individuals are allergic to endotoxins. Endotoxins are released by a bacterial cell that is beginning to disintegrate and they can exacerbate asthma or lead to coughing and wheezing. One of the best ways to protect yourself and your family from germs traveling through the air is to paint with Activa and practice healthy habits.

Activa painted surfaces uses photocatalysis to destroy the substances that bacteria and viruses feed on, thus reducing the number of bacteria and viruses traveling through the air. In one study done by Activa, our coatings show an average 91% reduction of pollutants and microorganisms when measured in a city having pollution above legal limits. Protecting the air your family breathes everyday and night has never been easier.

Check out this study on Total Virus and Bacteria Concentrations in Indoor and Outdoor Air.

In addition to the above, an article posted by Scientific American states, “In the air samples, the researchers uncovered at least 1,800 different types of microbes, including those such as the diarrhea-causing Arcobacter and ulcer-inducing Heliobacter genera that can be dangerous to human health.”

Pollution is a broad term. There are countless things that can be considered pollution, the most prevalent being exhaust from engines and factories, smoke, varnishes, glue, and cleaning supplies/chemicals. In addition, the EPA has identified six pollutants as critical: Carbon monoxide, lead, nitrogen oxides, ground-level ozone, particle pollution, and sulfur oxides. The air is a scary place! Yet nobody talks about it because we can’t visibly see these pollutants.

Carbon monoxide is the one of the most discussed; it occurs when carbon doesn’t completely burn off in fuel, meaning it is generated from vehicles and factories. It can also be formed indoors by unflued gas heaters, wood-burning heaters, and contained cigarette smoke. Carbon monoxide reduces the amount of oxygen your lungs can take into the body and can lead to serious health conditions or death.

Nitrogen oxides (most commonly nitrogen dioxide) also forms from the emissions of motor vehicles and factories, as well as unflued gas heaters, gas stove tops, and cigarette smoke. Particulate matter are things like dust, dirt, pollen, spores, dander, or other extremely small particles that become suspended in air. There are so many pollutants that drift inside from outdoors or that are created indoors, we couldn’t possibly detail them all in this blog. The American Lung Association has a great page on Clean Air at Home.

Activa was designed to keep you and the people you care about safe. Whether it be used in schools, daycares, nursing homes, offices, gyms, or at home, Activa works to keep your air healthy so you don’t have to worry about what is going into your body with every inhale. It’s self-cleaning, so you never have to worry about washing your walls or ceiling, and it destroys odors. If you’re going to paint your space, why not use Activa? It will provide peace of mind and a chance for healthier bodies. 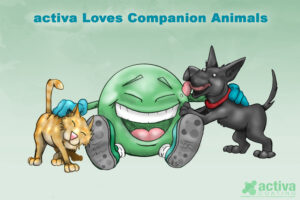 One of the less-discussed aspects of our smart-technology paint is[...] 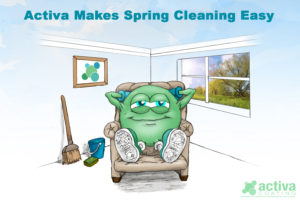 Spring cleaning is a tradition dating back hundreds of years[...] 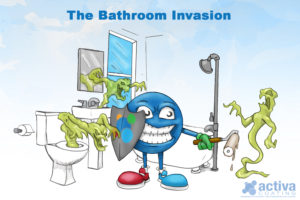 Your bathroom has one of the highest breeding grounds for[...]